Reviews of Humanism and the Death of God (Oxford University Press, 2017)

“This book is finely wrought for both believers and skeptics alike.”—Samuel Moyn, Jeremiah Smith Jr. Professor of Law, Harvard University

“The overall argument is compelling, never overstated. The breadth of literature brought into the discussion is amazing. The writing is superb.”—Nicholas Wolterstorff, Noah Porter Professor of Philosophical Theology, Yale University

“The argument is simple, clearly written, broadly documented, and conceptually careful…The retelling from the ‘slave revolt in morality’, retold from a biblical perspective, is stunning.”—Merold Westphal, Distinguished Professor of Philosophy Emeritus, Fordham University

“This is a powerful, indeed brilliant book. It is, in sharp contrast to most academic books, a pleasure to read.”—C. Stephen Evans, University Professor of Philosophy and Humanities, Baylor University

“Osborn covers ground familiar to students of the Enlighten­ment, but he does so with such clarity, depth, candor, and feistiness as to repulse the sense of the commonplace and intensify the urgency of the message—both for the wider society and for the church itself.”—The Christian Century 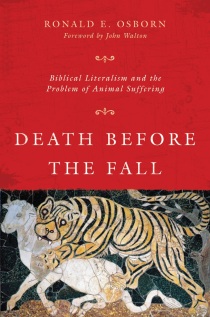 Reviews of Death Before the Fall (IVP Academic Press, 2014)

“A frank, honest and wide-ranging critique of young-earth creationism, intelligent design and other science-denying movements. Sure-footed, informed and avoiding ‘tidy answers’”—Karl W. Giberson, author of Saving Darwin: How to Be a Christian and Believe in Evolution

“An intelligently argued yet pastorally sensitive exploration of the challenges faced by evolutionary theists and creationists alike…a self-critical but compassionate and sometimes humorous account of the difficulties for theists in coming to terms with suffering in the animal world.”—Celia Deane-Drummond, Professor of Theology, University of Notre Dame, author of Seeds of Hope: Facing the Challenge of Climate Justice

“This well written, thoughtful, and sensitive essay examines problematic ethical features of biblical literalism through the lens of the suffering widespread in the animal world. Questions such as the age of the Earth and whether animal predation resulted from the human fall are explored in philosophical and moral depth.”—The Christian Century

“Ronald Osborn, with an agile mind and a well-informed intellect, throws down the gauntlet concerning misreading of the Genesis narratives…Readers may expect to be jolted, surprised, and challenged by this forthright statement.”—Walter Brueggemann, Professor Emeritus of Old Testament, Columbia Theological Seminary, author of Speaking Truth to Power: The Countercultural Nature of Scripture

“Ronald Osborn’s sophisticated reflections on literalism and animal suffering will be helpful to Christians of all denominations who are troubled by the wild ways of evolution.”—John Haught, Professor Emeritus and Senior Research Fellow, Georgetown University, author of Science and Faith: A New Introduction 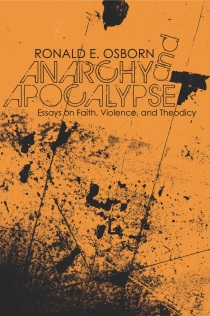 “This book is a bracing read for anyone trying to make sense of Christian witness in a violent world. Osborn ranges both widely and deeply, connecting insights from theology, history, literature, and political science in startling and inventive ways.”—William T. Cavanaugh, Professor of Catholic Studies, DePaul University, author of The Myth of Religious Violence

“Rich in subject matter and argument.  There is a stringency in Osborn’s thinking that is prophetic and liberating.”—Patrick Jordan, Commonweal Magazine

“This collection of provocative essays on theological and political ethics, with special attention paid to pacifism, warfare, and violence, crackles with energy.  Osborn offers a trenchant critique of the industrial-military complex in the USA. What his dialogue partners have in common is the simple truth that war is madness.”—Religious Studies Review

“In reading Osborn you cannot help but think, ‘He has to be kidding. He has to be putting us on to suggest there is a connection between anarchy and that form of Christianity called Adventist.’ But he is not kidding. Rather he has written a book of lively essays to remind us that a commitment to peace is a challenge to any order based on violence…that peace requires a different kind of order altogether.”—Stanley Hauerwas, author of War and the American Difference